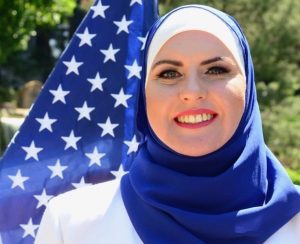 “I’m honored to have the backing of the country’s largest peace group, Peace Action,” said Abboud. “Peace Action boasts a proud history of advancing peaceful alternatives to war as well as practical steps to reduce the world’s nuclear arsenals and the immense threat they pose to humanity.”

“The American people are tired of endless war,” Abboud continued. “It’s not an awful lot to ask for Congress to debate and vote before sending Americans to war, as the Constitution dictates. Instead, Congress has been abdicating this responsibility, allowing three presidents now to wage war in perpetuity without meaningful input from the American public. We need to repeal the blank check for war that is the 2001 war authorization, and reexamine the rationale behind our nation’s wars.”

Paul Kawika Martin, Senior Director for Policy and Political Affairs at Peace Action, who also directs Peace Action’s PAC, said of Abboud, “Peace Action proudly endorses Deedra Abboud for the U.S. Senate because she wants to end the nearly two-decade status quo of endless war and reserve our military might for actual defense. She also recognizes that we can afford to invest in the basic human needs that remain drastically underfunded in this country if we reduce runaway Pentagon spending. Congress needs leaders like Deedra Abboud who commit to the American people and the Constitution instead of corporate interests and mega donors.”

For more information on Deedra Abboud and her candidacy, please visit www.deedra2018.com.