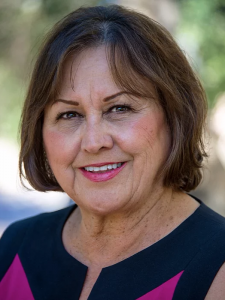 “Peace Action’s endorsement underlines my commitment to pursuing a responsible and peaceful foreign policy,” Matiella said. “We need a new mode of interacting with the world, one that prioritizes diplomacy and takes seriously the threat of climate change.”

“We also need to identify unnecessary and wasteful spending in the Pentagon budget and invest those savings in the American economy,” Matiella continued. “As the former Assistant Secretary of the Army for Finance, I know firsthand we use too many high-priced contractors, when active members of our military are often in better positions to do the same work. We need to make sure every military investment is furthering mission objectives and national security, rather than appeasing corporate or political interests.”

Paul Kawika Martin, Senior Director for Policy and Political Affairs at Peace Action, who also directs Peace Action’s PAC, said of Matiella, “Peace Action is excited to endorse Mary Matiella because she has both the experience and the principles to steer our nation’s foreign policy in a smarter direction. She’s committed to taking back Congress’ authority to determine when we send our nation’s daughters and sons to war and when we focus instead on diplomatic and humanitarian alternatives to war. She knows we can afford to ensure access to quality healthcare and education if we make common-sense cuts in Pentagon spending. Mary Matiella has dedicated her life to serving the American people, and she’ll be bringing that same dedication with her to the House of Representatives.”

To learn more about Mary Matiella and her candidacy, visit www.matiellaforcongress.com.

The public may learn more and take action at www.peace-action.org.