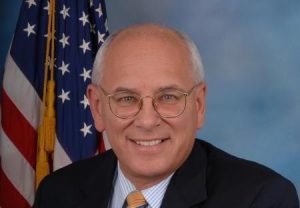 “Peace Action has a stunning track record of advocacy for peaceful alternatives to war and nuclear disarmament, and I’m proud to have its endorsement,” said Rep. Tonko.

“The role of diplomacy in United States foreign policy has never been more important and more under fire,” Rep. Tonko continued. “Since taking office, President Trump has escalated U.S. wars, slashed State Department funding, violated and abandoned international agreements, and insulted or threatened our allies while cozying up to dictators. He’s also pressing ahead with plans to spend $1.2 trillion on nuclear weapons over the next 30 years. Instead of reigniting a new arms race that makes the world less safe, we need to work with other nations, both our allies and adversaries, to reduce the number of existing nuclear weapons and the threat they pose to humanity. There are few, if any, easy answers in many of the adversarial relationships we maintain around the world. That being said, workable solutions can be found when cool heads prevail and knee-jerk politicians take a backseat to negotiations.”

Paul Kawika Martin, Senior Director for Policy and Political Affairs at Peace Action, who also directs Peace Action’s PAC, said of Rep. Tonko, “Peace Action proudly endorses Rep. Paul Tonko for New York’s 20th district because he knows the value of a peaceful foreign policy, and has consistently fought to advance diplomatic approaches to international conflict. He also understands the urgent need for Congress to reassert its authority on the question of when we go to war. From speaking out against Trump’s reckless withdrawal from the Iran nuclear agreement, to pressing the administration for its legal justification for ongoing U.S. support for the brutal war in Yemen, Rep. Tonko has regularly exercised the power of his office to hold the White House accountable to the American people. That’s exactly the kind of leadership we need in Congress right now.”

Lawrence Wittner, a leader of Peace Action of New York State and noted historian who lives in Rep. Tonko’s district, concluded, “Rep. Paul Tonko’s outstanding record in Congress shows that he supports solving global problems through diplomacy and international cooperation rather than through reckless withdrawal from international agreements and war. By re-electing him, voters will help build a more secure and peaceful world.”

Founded in 1957, Peace Action (formerly SANE/Freeze), the United States’ largest peace and disarmament organization, with over 100,000 paid members and nearly 100 chapters in 36 states, works to abolish nuclear weapons, promote government spending priorities that support human needs, encourage real security through international cooperation and human rights and support nonmilitary solutions to the conflicts with Afghanistan and Iran. Peace Action endorses dozens of candidates per election cycle and through Peace Action PAC raises tens of thousands of dollars for candidates and donates staff to key races. The public may learn more and take action at www.peace-action.org.