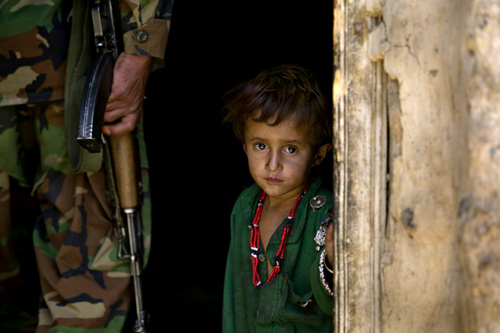 On October 7, 2001, America went to war with Afghanistan in response to the attacks on the Twin Towers in New York. Operation Enduring Freedom began with air strikes centered on the capital of Kabul as well as Special Forces strikes in the cities of Kandahar and Jalalabad.

Since then, terrorists have found refuge in Pakistan, the Taliban has been resurgent in the failed state environment, and a legitimate Afghan government failed to emerge from a recent election marred with corruption. America has spent a total of $228.6B on the war in Afghanistan (with projected costs easily topping half a trillion), lost 869 military personnel to battle, and continues the controversial use of detaining suspects at Bagram Air Base

The real human costs in Afghanistan amount to much more. Even by conservative estimates, 12,500 Afghan civilians have died as a result of the war effort.

Right now, the Obama administration is reconsidering the approach to Afghanistan. General Stanley McChrystal, the US military leader in the area, has taken his request for a substantial troop increase public through strategic leaks to the Washington Post. Republicans are rallying behind the military brass and stand ready to pounce on Obama for his ‘indecisiveness’ on issues of national security. All of this only further drowns out the advice of those who wish to pursue a realistic agenda within Afghanistan that focuses on non-military strategies, like policing and intelligence, aid, and development.

President Obama needs to hear the voice of the people outside of Washington — the voice of a public grown sour on the idea of continued warfare that isn’t making Americans or Afghans safer. You can be part of the national debate as well. On the eighth anniversary of the invasion, make your voice heard in Peace Action West’s Virtual Vigil on Facebook by clicking here.