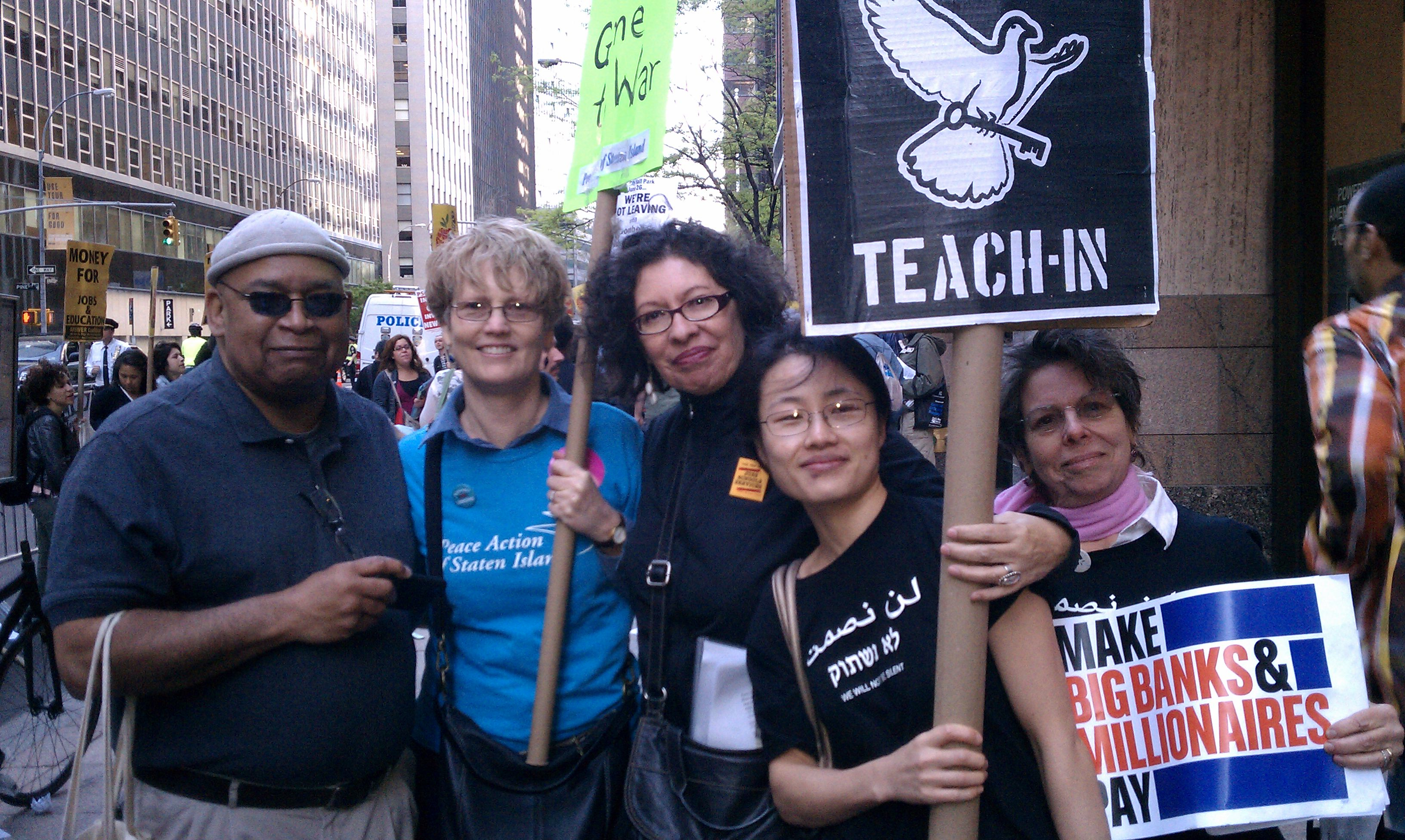 From the left: David & Sally Jones, Judith LeBlanc and members of Peace Action NYS protesting on Wall Street May 2011.

Editor’s note: The candidates briefing described below is a great example of a well organized, content rich initiative. We hope you will take the opportunity to do the same with Congressional candidates in your area. It gives candidates the opportunity to learn about the issues, and allows the organization to begin a dialogue that continues once candidates take office. Peace Action Staten Island has been organizing in Staten Island for 10 years and has a broad base of support with community, faith and civil rights groups.

A delegation of 5 Peace Action of Staten Island members met with Congressional candidate Mark Murphy at his offices in Staten Island on June 7.  This follows up on our visit last month with Rep. Michael Grimm on cutting wasteful nuclear weapons from the federal budget.

The visit lasted 90 minutes and turned into a much broader discussion than we initially had intended.  Mark Murphy listened to each of our presentations carefully and engaged in a back and forth discussion on health care, women’s rights, NYPD policing, funding for our communities, and military service. He clearly wanted to differentiate himself from Rep. Grimm, particularly on women’s issues, social security, and civil rights protections.  He seemed open to moving money from wasteful military programs to health care, in particular.  He pointed out that his district (all of Staten Island and southwest Brooklyn), however, is less reliant on military spending than other districts.

We sent the candidate the following material a few days before the meeting:

– A summary of 4 specific nuclear weapons programs that are being proposed in the Department of Defense and Department of Energy 2013 budgets.  Cutting all or part of these programs translates to a savings of 100 billion  dollars a year.  This was the material we shared with Rep. Michael Grimm. We met with his staff in May.