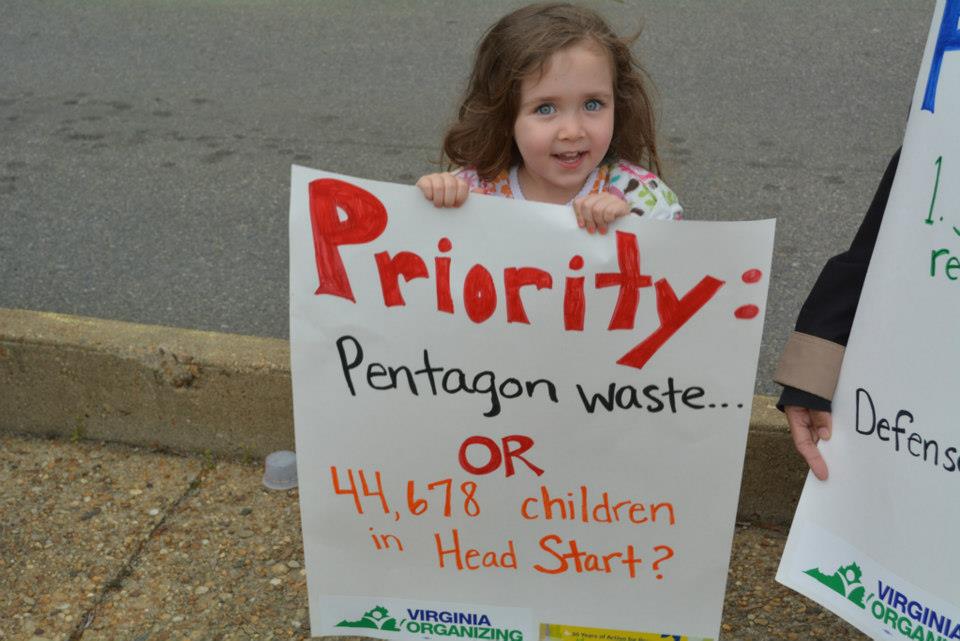 The International Peace Bureau’s Global Day of Action on Military Spending (GDAMS) is April 15, US Tax Day. Peace Action is convening a cross section of peace and community, faith-based national groups who are supporting local actions across the country on Tax Day. Tax Day will be a day to shine a light on the Pentagon budget and how it drains the resources needed for our communities.

Not only does our government allocate a majority of the discretionary spending every year on the Pentagon at the expense of human needs and diplomacy, it also is one of the world’s biggest arms dealers.

The Tax Day actions are a call for changing national spending priorities, it is also a day of solidarity with all those who suffer from US wars past and present and the presence of over 1,000 bases around the world. The actions will call attention to the domestic impact of continuing to pour money into the Pentagon budget while community services are cut.

The recent Congressional budget deal delayed the next round of ”sequestration” or across the board budget cuts. Federal budget cuts were made but the Pentagon came out the big winner. In fact, the Overseas Contingency Operations account got bumped up while the war in Afghanistan is winding down creating a slush fund to blunt the impact of cuts!

Initial reports are that the Pentagon will announce their budget on February 24 and will include a $26-28 billion dollar “investment fund.” Yet another maneuver to add money to the budget and relieve the pressure to cut the Pentagon budget!

The April 15 Tax Day local actions will focus on Congress. In April, the Congress will be in the midst of working on the federal budget.

We will send a clear message to our Congressional representatives: ”Move the Money” from wars and weapons to human services and convert military industries into civilian use.

We have commitments from 10 Peace Action affiliates to work with their community allies to organize Congressional lobby visits, town hall meetings, and vigils, leafleting, banner drops or other visibility actions. Please post your event here.

Soon a US website will be up with materials, information and organizing tips. Find out more about what is going on around the world at http://demilitarize.org/