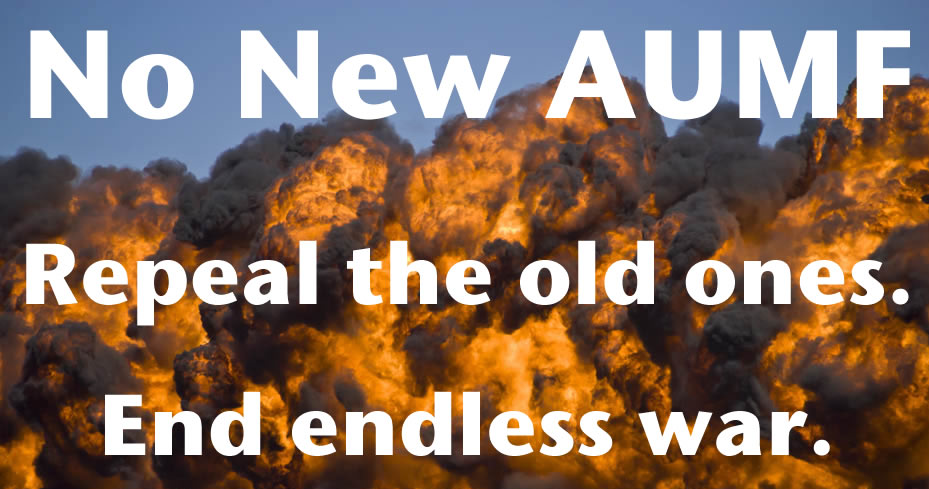 The U.S. Congress is considering another “Authorization for the Use of Military Force” — a broad approval for more war.

This is the last thing we need. These wars are not making us safer but generating enemies. They are not surgical operations, but mass killings, as well as assaults on the natural environment and the public budget — not to mention excuses for curtailing civil liberties.

We oppose any new authorization for the use of military force and call for the immediate repeal of the authorizations passed by Congress in 2001 and 2002.

This petition will be a powerful tool as it is being jointly promoted by Conference of Major Superiors of Men, Iraq Veterans Against the War, KnowDrones.com, Military Families Speak Out, Peace Action, Peace Action Montgomery, RootsAction.org, United National Antiwar Coalition, Upstate Coalition to Ground the Drones, U.S. Labor Against the War, and World Beyond War.

After signing the petition, please forward this message to your friends. You can also share it from the webpage after taking the action yourself.