Peace and Planet Statement to delegations to the NPT Review Conference 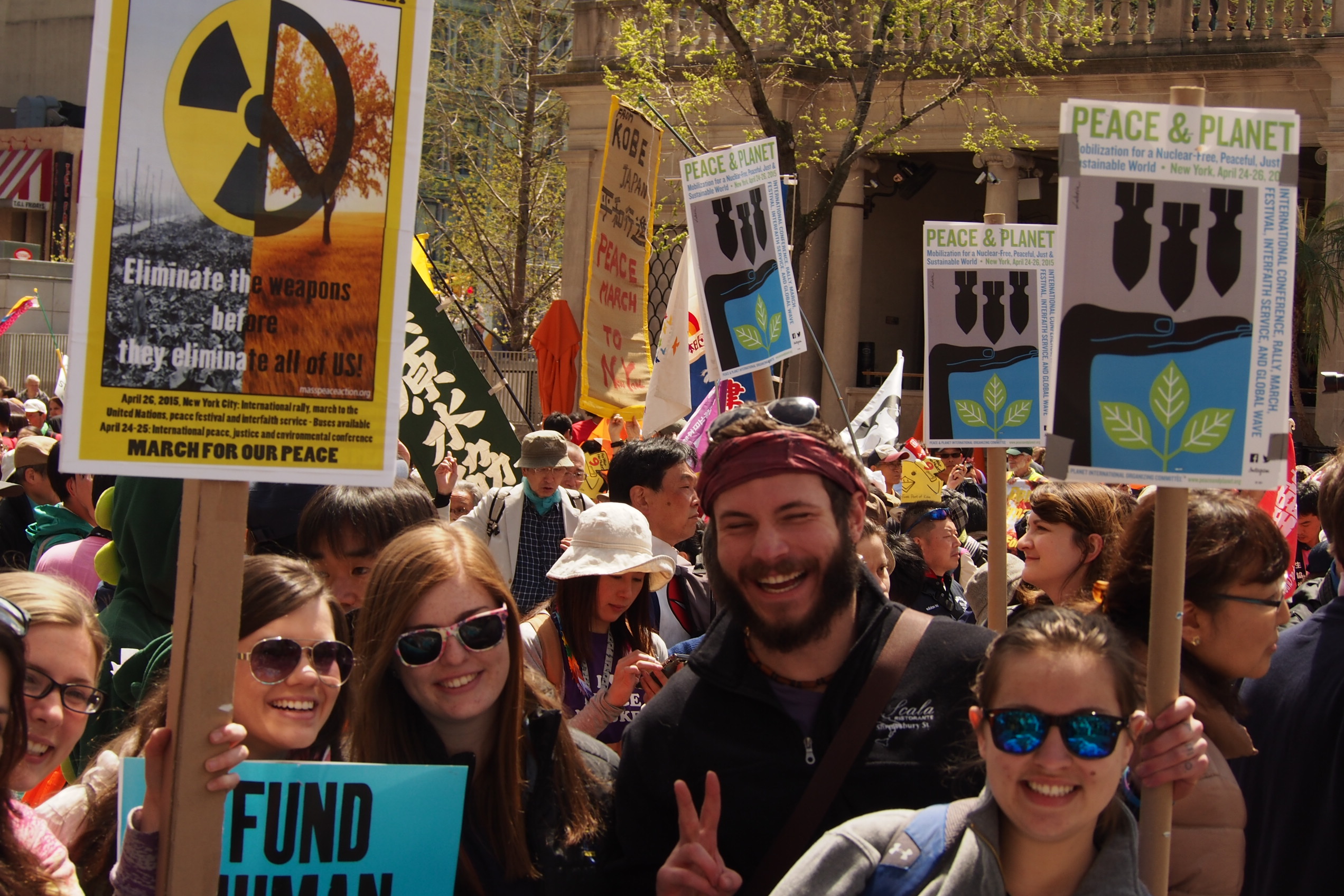 The Nuclear Non-Proliferation Treaty Review Conference (NPT RevCon) is scheduled to adjourn at the end of this week. There are serious questions about what, if anything, the conference will commit to in terms of concrete next steps toward global nuclear weapons abolition, as the treaty requires.

Here is a statement to the governmental delegates to the Rev Con from Peace and Planet, the terrific mobilization Peace Action helped lead just before the RevCon convened, and Global Wave.

With less than one week to go in the month-long deliberations of governments at the Non-Proliferation Treaty Review Conference in New York, Global Wave 2015 and Peace and Planet call on non-nuclear governments to stay strong on the nuclear disarmament language in the draft outcome document.

You have overwhelming support for this from civil society around the world – as was demonstrated by the Peace and Planet rally and conference in New York, the 7 million strong petition we presented to the President of the NPT Review Conference, and the Global Wave actions which took all around the world including in all of the nuclear-weapon States and many of the nuclear umbrella States. See Peace and Planet presentation to the NPT Review Conference, May 1, 2015.

This language is already a compromise from the civil society call for States Parties to the NPT to agree to commence negotiations for the prohibition and complete elimination of nuclear weapons, supported by over 350 organisations in 45 countries. We hope that the draft does not get watered down any further, and that our global actions can help non-nuclear governments like yours to remain strong.

We also support the Mayors for Peace appeal to reinstate language calling on world leaders to visit Hiroshima and Nagasaki to learn first-hand about the devastating humanitarian impact of the use of nuclear weapons.

Last Friday, Global Wave 2015 and the Peace and Planet organised a presentation at the United Nations to promote our nuclear abolition call to the NPT. At the event we showed videos and photos from Global Wave actions around the world.

In addition, during the opening days of the NPT conference we tweeted photos and videos of Global Wave actions from specific countries as the foreign ministers and other representatives of those countries spoke, demonstrating public opinion from their countries in favour of nuclear abolition.

There have been many other events and actions in support.

All of the above gives support to the language in the NPT draft outcome document on using the United Nations system and other approaches to ensure the participation of all key countries (including nuclear-armed States) in a nuclear abolition process.

Global Wave and Peace and Planet will continue to be active beyond the 2015 NPT Review Conference to build civil society action for a nuclear-weapon-free world. We look forward to cooperation to facilitate this goal.