Put down that paperback, my wonky friends!  The White House released a reader-friendly version of all 159 pages of the Joint Comprehensive Plan of Action (aka The Iran Deal or JCPOA) that includes a play-by-play commentary from the lead officials who helped negotiate the agreement.

It’s a look both behind the scenes of the negotiations and into the hearts of folks like Secretary of State John Kerry, who begins with this very personal declaration:

“Years ago when I left college, I went to war. And I learned in war the price that is paid when diplomacy fails. And I made a decision that if I ever was lucky enough to be in a position to make a difference, I would try to do so. I believe this agreement actually represents an effort by the United States of America and all of its colleagues in the P5+1 to come together with Iran to avert an inevitability of conflict that would come were we not able to reach agreement. I think that’s what diplomacy was put in place to achieve, and I know that war is the failure of diplomacy and the failure of leaders to make alternative decisions.” — J.K.

Very good news for all those who have been procrastinating actually reading the agreement, you can now digest all the most boring details of the Agreement with the help of Energy Secretary Ernest Moniz.

This should be a big asset to the American public and Members of Congress who have so far been undecided on the deal.

How can anyone oppose that smile? 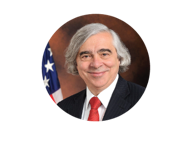 “This deal is not based on trust. It is based on unprecedented monitoring and verification. And the duration of the agreement is indefinite. Some provisions will be in place for 10 years, others for 15, and still others for 20 or 25. But transparency requirements and Iran’s most fundamental obligation — to forego a nuclear weapons program — are permanent.”—E.M.