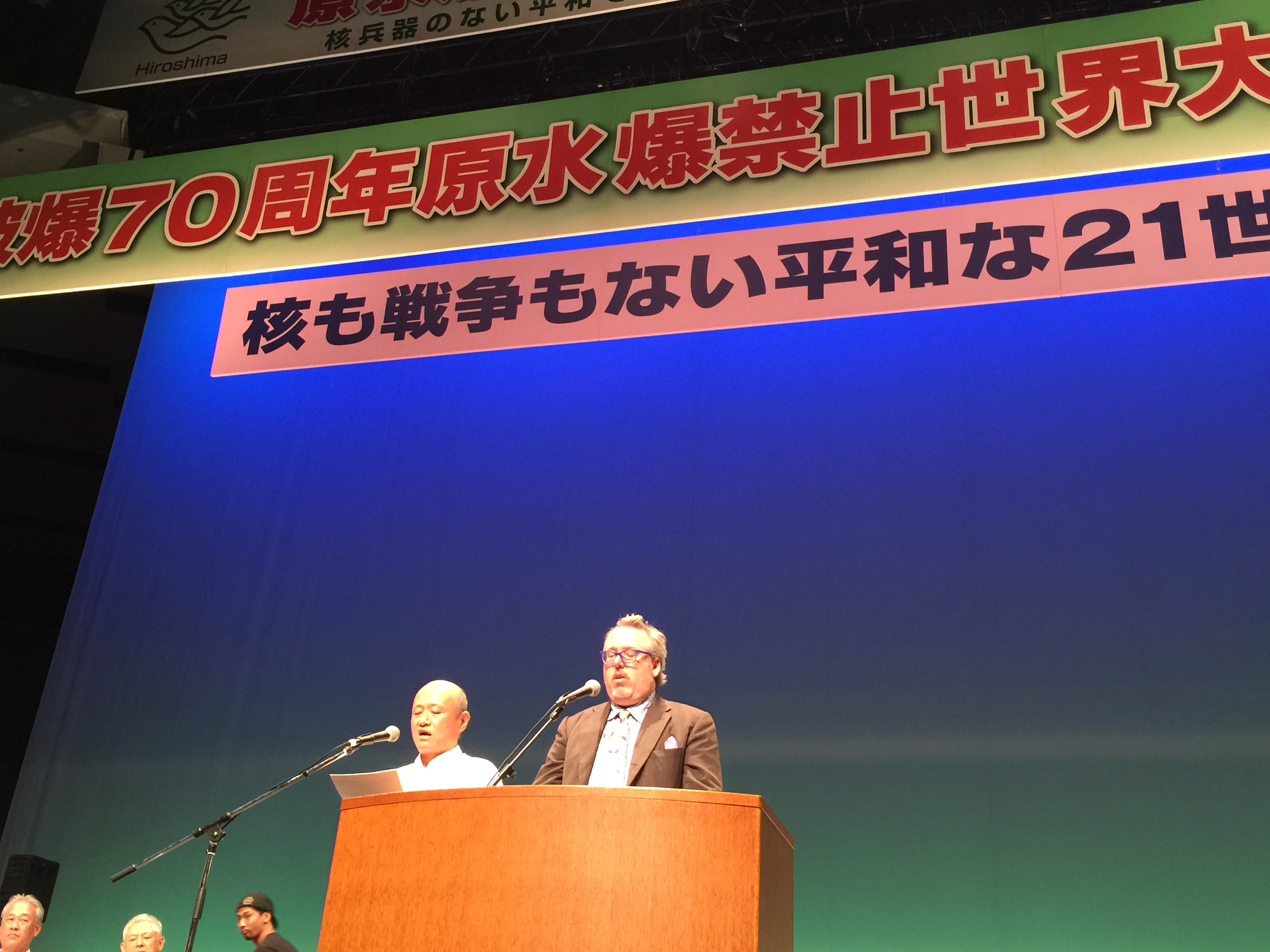 Hiroshima, Japan — August 5, 2015 — On the 70th Anniversary of the U.S. atomic bombings (August 6th and 9th), Paul Kawika Martin, the policy and political director of the United State’s largest peace organization, Peace Action, released the following statement from the official commemoration in Hiroshima.

“Here in Hiroshima, on the 70th Anniversary of the U.S. atomic bombings of this city and Nagasaki, we remember the hundreds of thousands of casualties caused by the most basic of nuclear weapon designs and know that we never want another populous to suffer from such a bomb. Even worse, today’s nuclear weapons are several to hundreds of times more destructive.

Clearly, these horrific weapons are no asset to any country. The current U.S. plan to waste $1 trillion over the next thirty years modernizing, maintaining and replacing delivery systems must be stopped.

President Obama should heed his Prague speech and live up to U.S. obligations under the Nonproliferation Treaty (NPT) by significantly reducing America’s 7,100 nuclear warheads.

Additionally, the agreement reached with Iran will verifiably block it from getting a nuclear weapon, making it paramount that the U.S. Congress support the accord.”

This is Mr. Martin’s fourth trip to Japan as a guest of one of the largest peace groups, Ginsuikin. He will also travel to Nagasaki for the commemoration there and to Okinawa to work with the super majority of locals who oppose the U.S. military bases there.