There They Go Again, R's Still Trying to Scuttle the Iran Peace Accord! 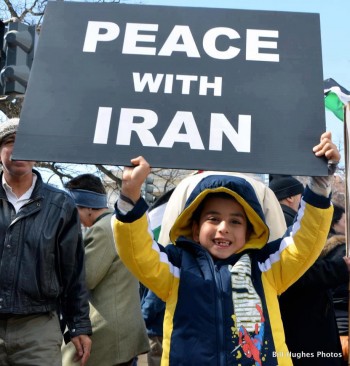 If by the end of tomorrow no legislation is passed to oppose the Iran agreement, it will move forward.  Republicans have tried to ditch the accord but Democrats in the Senate have blocked them twice now.  Even if such a bill passed, President Obama would veto and it is very clear that there is enough support for the Iran accord to sustain the veto.

Last night, after the Democrats blocked an opposition vote, McConnell introduced an amendment prohibiting the Iran accord from proceeding until Iran recognizes Israel’s right to exist and frees the American prisoners in Iran.  These are important issues but completely separate from the nuclear agreement.

Clearly, this is a last minute attempt by Republicans to embarrass Democrats and kill diplomacy with Iran that six countries negotiated over several years to limit Iran’s nuclear program and keep it peaceful.

I am a constituent and I support the Iran agreement as is.  I want my Senator to oppose any attempts to delay, change or kill the important Iran accord.

While we are pretty sure we have the votes to move the Iran deal forward, we will not declare victory until tomorrow’s votes are finished.  Even then, we expect hawks in Congress to continue to make implementing the Iran agreement difficult.  With your calls, we will prevail.

P.S. – Efforts by Senate Republicans to kill the Iran accord must be stopped.  Though they have been defeated twice, several votes will occur tomorrow to thwart the Iran agreement.  Please call both your Senators now and say:

“I am a constituent and I support the Iran agreement as is.  I want my Senator to oppose any attempts to delay, change or kill the important Iran accord.”

*Thanks to Friends Committee on National Legislation for the toll-free number.