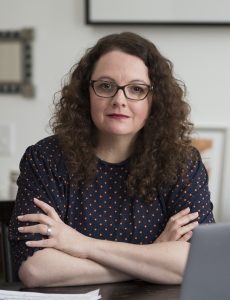 “I am honored to have Peace Action’s endorsement,” said Eastman. “Peace Action has worked to advance the goal of a world free from the threat of nuclear weapons, a vision that I fully support. I also share Peace Action’s vision for a foreign policy rooted in diplomacy first, which I believe is essential to national security.”

Eastman added, “Americans are ready for a foreign policy that leads the world in diplomacy rather than endless war. American leadership means a fully funded and staffed State Department that stands ready to tackle the world’s intractable challenges. Real leadership in foreign policy also means Congress reclaiming its constitutional authority to debate and vote on war. The American people deserve to be informed of the goals, as well as a clear exit strategy after success has been reached, before being asked to give their money and their lives to the war effort.”

Paul Kawika Martin, Senior Director for Policy and Political Affairs at Peace Action, who also directs Peace Action’s PAC, said of Eastman, “Today Peace Action proudly endorses Kara Eastman because she understands the need for a paradigm shift in our nation’s foreign policy. She understands that neither Trump’s uniquely destabilizing approach to world relations, nor the 17-year status quo of endless war, are effective in making our country safe.”

Martin added, “Moreover, as a social worker and non-profit professional, Eastman has an impressive track record of serving the American public. In Congress, Eastman will apply that dedication to keeping Americans safe by supporting smart diplomacy, reclaiming Congress’ authority on war, and prioritizing funding for human needs like healthcare and education.”

Tim Rinne, State Coordinator Nebraskans for Peace, the state affiliate of Peace Action, concluded, “I know Eastman will work tirelessly to fully fund the State Department and push for diplomacy over costly wars like the one in Iraq.”

Kara is the former President and CEO of Omaha Healthy Kids Alliance and the Vice-Chair of the Board of Governors of Metropolitan Community College. She is the Democratic nominee running for Congress in Nebraska’s Second District.

To contribute to Kara Eastman’s campaign, click here. For more information on Kara Eastman and her candidacy, please visit www.eastmanforcongress.com.

The public may learn more and take action at www.PeaceAction.org.